On Wednesday 11th September, the team went on a field trip to London to understand some of the housing strategies being deployed in such a high-cost city.

Our day began in the Olympic Park, where architecture tour guide Nick Edwards showed us around the East Village, the former athlete’s village that is now home to more than 2,500 households. We were shown a range of housing types, from high-end apartments for private rent, to affordable housing schemes (predominately shared ownership). The team were impressed by the high quality of both East Village’s housing and public realm which consists of 25 acres of parks and wetlands. But we were also concerned that the high cost of East Village homes, even those technically deemed ‘’affordable’’ is problematic considering that the borough of Newham is one of the most deprived parts of the city.

In the afternoon we travelled to Whitechapel, also in the east of the city, to visit Dot Dot Dot, a Property Guardianship social enterprise. Property Guardianships are a growing form of temporary housing in the UK. PG firms negotiate with landlords of empty properties (both residential and commercial) to rent them to ‘guardians’. This appeals to people who are happy to live in, often unusual, properties for short periods of time for below market rents. Dot Dot Dot’s founder and director, Katharine Hibbert, explained to the group that what separates Dot Dot Dot from other PG companies is that guardians are also expected to volunteer in the community. She argued that this helps to foster a positive relationship between guardians and the wider neighbourhood. After speaking with Katherine, we were given a tour of one PG (formerly Salvation Army offices), which included a visit to an art exhibition put on by some of the guardians. 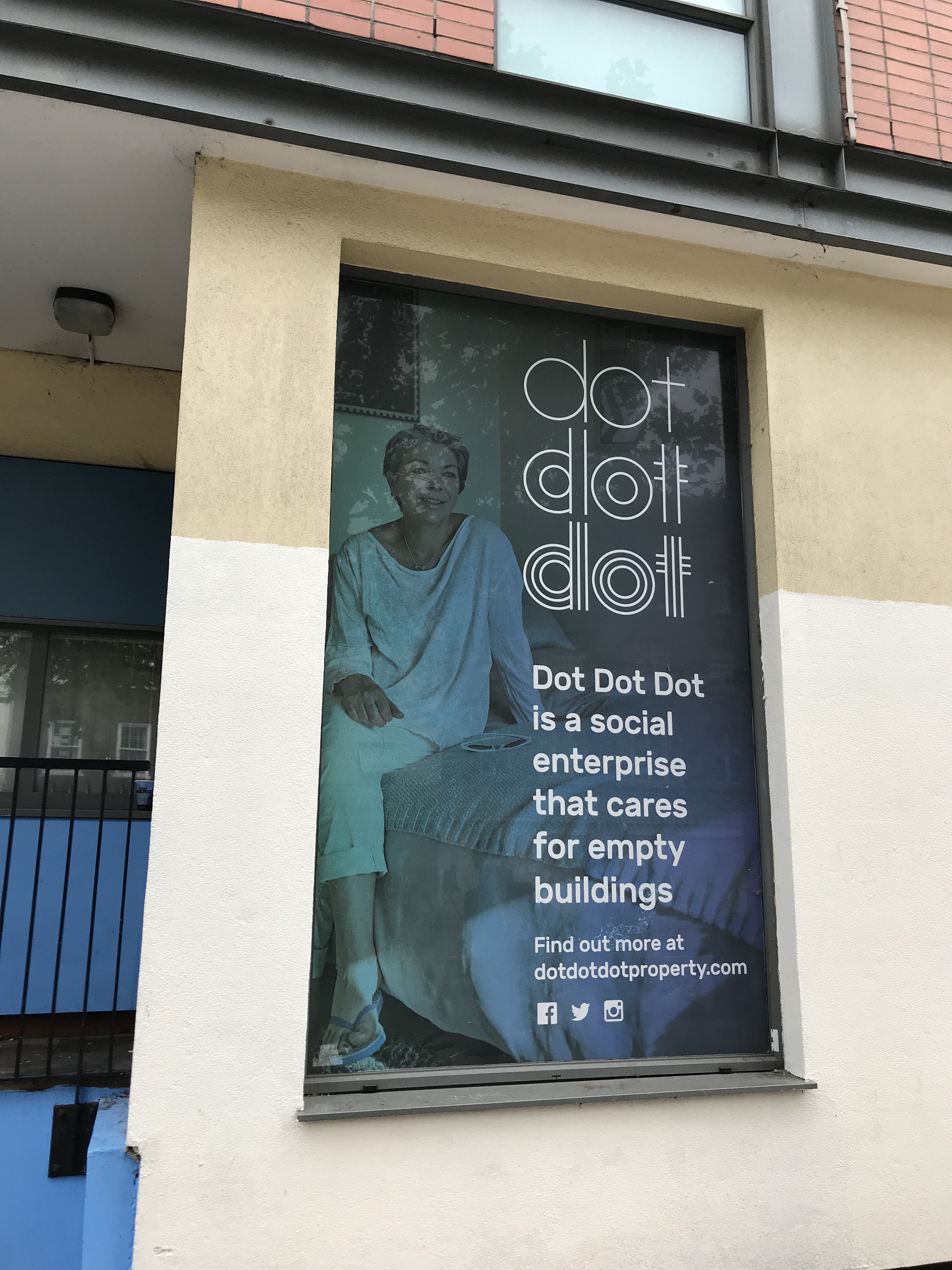 The team were intrigued by the range of ways in which housing providers are responding to London’s housing crisis, but noted that for the city’s most vulnerable, truly affordable, high-quality and permanent housing remains a rarity.

Dr Mel Nowicki is a Lecturer in Urban Geography at Oxford Brookes University. Her research interests focus on housing inequality and stigma. Her doctoral research explored the impact of the bedroom tax and the criminalisation of squatting in England and Wales. More recently, she has conducted research in London and Dublin with formerly homeless residents of new social housing built using modular construction methods.